There are multiple types of audiometric testing to validate if a workers’ hearing health has been jeopardized due to working around noise.  Some of these tests are briefly described in this article. Pure tone audiometry (PTA) tests are the most common type of test used for evaluation of occupational noise.  During PTA, a machine called an audiometer is used to produce sounds at various volumes and frequencies (pitches). You listen to the sounds through headphones and respond when you hear them by pressing a button.

The speech perception test, also sometimes known as a speech discrimination test or speech audiometry, involves testing your ability to hear words without using any visual information. The words may be played through headphones or a speaker, or spoken by the tester.  Sometimes, you are asked to listen to words while there is a controlled level of background noise.

The whispered voice test is a very simple hearing test. It involves the tester blocking one of your ears and testing your hearing by whispering words at varying volumes. You will be asked to repeat the words out loud as you hear them.

A tuning fork test produces sound waves at a fixed pitch when it is gently tapped and can be used to test different aspects of your hearing.  The tester will tap the tuning fork on their elbow or knee to make it vibrate before holding it at various different locations around your head.

The purpose of the tuning fork test is to help determine if you have conductive hearing loss, or sensori-neural hearing loss.

A bone conduction test is often carried out as part of a routine pure tone audiometry (PTA) test in adults.  A bone conduction test involves placing a vibrating probe against the mastoid bone behind the ear. It tests how well sounds transmitted through the bone are heard.  The bone conduction test is a far more sophisticated version of the tuning fork test, and when used together with PTA, it can help determine whether hearing loss comes from the outer and middle ear, the inner ear, or both.

The results of some hearing tests are plotted on a graph called an audiogram.  An audiogram is used to record the measurements of different volumes and frequencies (pitches) of sounds you are able to hear.  As well as showing a comparison between your ears, an audiogram can also help to determine what type of hearing loss you have, if any.  The type of hearing loss you have is important because it determines what help or treatment is most suitable for you. 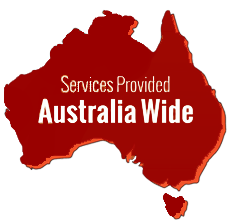